Arnold White Group was formed through the merger of two family owned businesses, Joseph Arnolds Sands and Robinson & White in the early 1990s.

The origins of the Arnolds sand quarrying business date to around 1860 with Joseph Arnold seen by many as the ‘father’ of the sand trade in Leighton Buzzard. The business grew steadily during much of the twentieth century as it took full advantage of new transport methods such as canal and railway (which were linked to the Company quarries by its own narrow gauge railway line) to expand into new markets including London and Birmingham, before road became the preferred means of distribution.

Arnolds continued to acquire new sand bearing land in order to meet growing demand for both general purpose building sands (for tiles and brick facings etc) but more importantly for high quality sharp sands that were suitable (after processing) for specialist applications in other rapidly growing industries such as glass; automotive; water filtration; horticultural; and sports surfaces.

Robinson & White traces its origins back to 1919 and operated in the housebuilding and construction industry in Bedfordshire. The business remained fairly small until the 1970’s after which it steadily grew into a business building c.500 homes a year, as well as operating a general contracting and an office development business.

Following the merger, the Group began to consider how the quarries might be restored and to what uses they could be best put once the sand reserves were exhausted. As part of an emerging vision to maximise both mineral extraction and in parallel to develop a restoration strategy that would take into account future potential land uses, the opportunity was taken in 2009 to consolidate land ownerships with the acquisition of further quarry land to the north of Leighton Buzzard.

Over the last 30 years the Company has pioneered a ‘joined-up’ approach to the quarrying, restoration and engineering of land which sees damaged former mineral land being restored and recycled for development, with the Company in effect ‘manufacturing’ fully serviced platforms for this purpose, along with the delivery of physical infrastructure and services, including access to new public open space. The land is then dedicated for schools, public open space / leisure or sold to the UK’s leading housebuilders and to other developers for shops, local centres etc.

More than a hundred acres of former quarry land have been successfully developed in this way and are now thriving communities. The Company also took the decision to operate a new bus service to ensure these new developments were connected to the town centre and railway station. As a result of this success, the Company has been asked by other mineral operators and landowners to play a role as developer/ partner/ promoter and master planner in other parts of the county.

Arnold White Group has therefore gradually transformed itself into a broadly based property company leading a range of challenging projects both on its own and third party land (now covering both quarry and non-quarry land). It has also continued to invest and acquire strategic land and new development sites for housing, employment or infrastructure led schemes in the Oxford-Cambridge corridor and in the South-West. Current projects are capable of delivering more than 8,500 homes and associated employment land as well as extensive public open space and vital infrastructure to ensure these developments become places where people will choose to come to live and work.

More recently the Company has diversified into the generation and sale of renewable energy, as it seeks to find new commercial opportunities whilst at the same time helping to meet the Government’s agenda to decarbonise the economy. Future development projects seek to combine the skills and experience gained in operating renewable energy assets and in land development (we believe that doing both is a unique approach) in order to build the next generation of zero carbon communities.

The Company remains in family ownership and as such is able to take a long-term view and commit to achieving these goals through a combination of innovation and persistence. These two themes underpin the culture and philosophy of Arnold White Group. 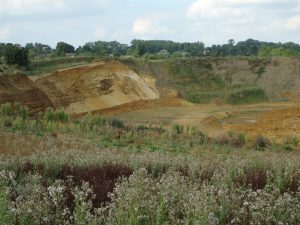 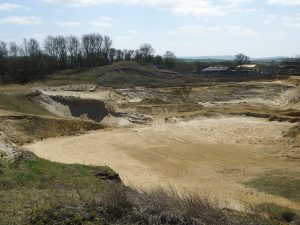